Na Wetti? as Most Innovative and Promising Marketing Platform

Na- Wetti? The Inside Narrative

Based on several requests to better understand the project conception of Na – Wetti?, the project team finally decides to release the intrinsic aspirations and mission for Na Wett?

This presentation is based on an extensive and popular inquisitiveness assessed from both online and field reports which has demonstrated a very strong popular desire of businessmen and other civil society agents wanting a piece of the Na – Wetti’s “cake”. Thus, the necessity for this deeper inside story of Na – Wetti is to build more awareness and trust among the Na Wetti’s project developers and their target audiences.

Generally the need to promote the new sustainable development goals and the post-2015 global development agenda has invigorated dynamism in opportunities, competiveness and a sustainable dimension of investment thoughts and priorities. As a major group organization to the United Nations Working Platforms on the post-2015 development agenda, the Modern Advocacy Humanitarian Social and Rehabilitation Association – MAHSRA’s consultative status to United Nations Economic and Social Council  (ECOSOC) legally drives its obligatory need to contribute in the post-2015 thoughts. As such, there has been an instigation of firmly rooted and strongly determined zeal and innovative spirit in the organization to foster peaceful growth at every level everywhere .

Scoping from a wider dimension, project Na – Wetti comes in as a smaller branch of a bigger MAHSRA concept addressed as BREATH, meaning, Bringing Relieve Everywhere and Assistance to Humanity. This bigger concept is meant to build individuals’ self-consciousness towards happily contributing to positive and sustainable development issues in such a way that both big and small communities can become free from aid dependency… Mail for more interest). At the primary or national level of origin, project BREATH Cameroon is under preparatory negotiations with concerned ministerial departments for government policy support and foreign government offices for initial take-off assistance.

Reflecting the world’s bank latest databank statistics on development, while an African country such as Botswana is noted to have recorded the world’s highest economic and human development growth rate within the past 2 decades, other former poverty and conflict infested countries such as Rwanda and Ethiopia have as well made very remarkable progress towards achieving the MDGs. How has this been possible when other more advanced countries such as South Africa, Nigeria, and Cameroon etc still heavily lack behind. Based on analytical research studies to resolve this mystery, the CEO of MAHSRA mentioned that, the rapidly succeeding countries had developed very impressive social cohesion systems which could be considered as a key factor to their rapid growth.

At the kick-off base, Cameroon has highlighted its 2035 emerging nation dream that is proceeding with its 2010-2020 growth and employment strategy paper. The ambitious nature of this primary 10years development plan which is almost half its timing is still less than 20% of its objective achievement. Much is being done yet much is still failing. MAHSRA projects this to be the lack or the absence of good social cohesion policies and practices that can ignite true development responsibility at individual levels.

Project Na-Wetti from its conceptive mother nature BREATH Cameroon, aspires to innovatively build such social cohesion for development platforms among the country’s small scale but very influential economic operators on a “gain – gain basis”. Implying, we promote your business and improve on the social interactions between business people, in return, we achieve our advocacy objectives to use your socioeconomic groups’ support to influence government policy changes, obtain better and healthier business interactive environments and support vulnerable people through periodic donations from the business people who encourage our course.

Project Na – Wetti is engineered by Dr. Kelly NGYAH a stake-holding consultant to the United Nations Working Platforms for the sustainable Development Goals (SDGs) and the CEO of MAHSRA – organization in Consultative Status with the United Nations Economic and Social Council.

It is managed by a team of dedicated, trained and qualified marketing volunteers.

At the moment, the power or financing for project Na – Wetti is sourced solely from MAHSRA’s social and rehabilitative funds and well as the minimal contributions from the businessmen or shops within the target market areas aspiring to promote their businesses inside the hard copies and digital prints of the magazine.

Build a social cohesion platform between products and services producers and suppliers and the wellbeing orientation of the direct consumers as such, to foster socioeconomic growth and peaceful business interactive frameworks towards sustainable development.

Why Na – Wetti is Different and the Most Promising Marketing Platform 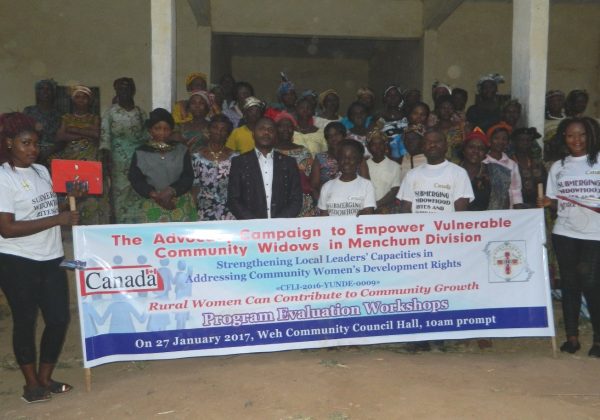 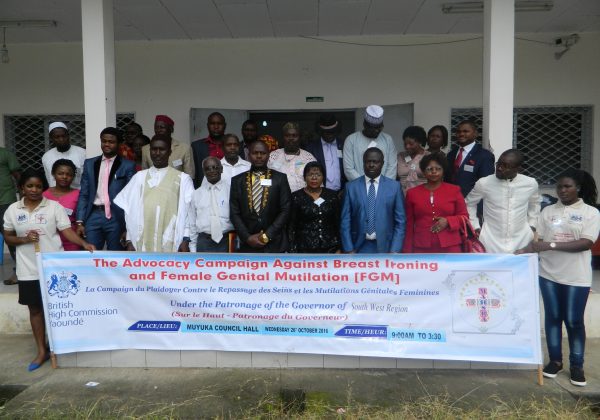